Earthquake-Resistant Construction: How Base Isolation Can Protect Buildings 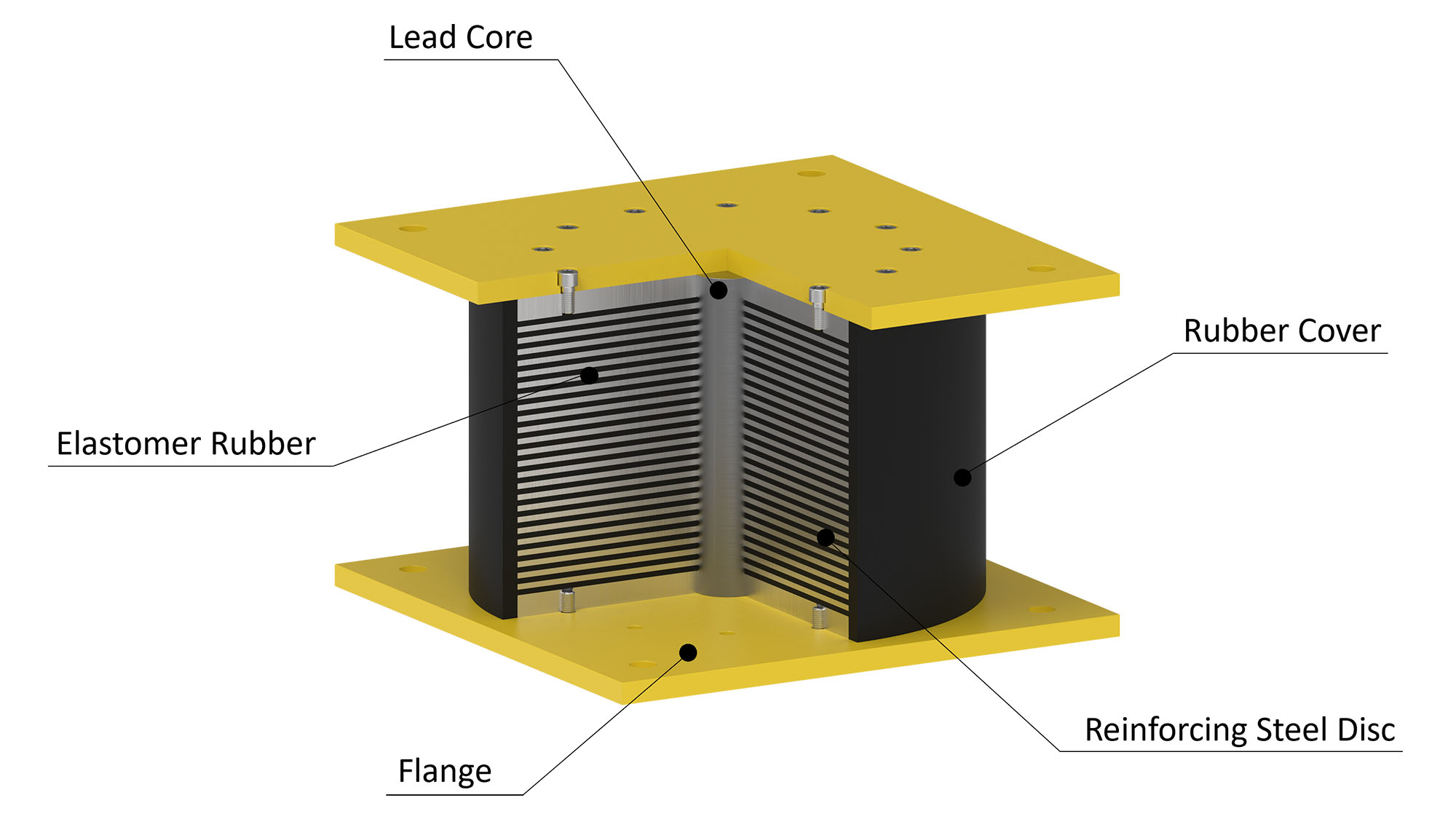 Unexpected earthquakes not only cause high economic losses but also claim many lives, most being due to collapsing houses and buildings. In this article you will learn how earthquake-resistant construction can provide protection against this.

All applicable earthquake codes and standards must be complied with to reduce the devastating impacts of collapsing buildings. This has collaborated with new findings gained from recent earthquakes and related research, and further improvements continue to be developed.

For example, the powerful earthquake in Lisbon, Portugal, in 1755, led to the provision that only buildings which complied with relevant codes were allowed to be built in this earthquake-prone region. Meanwhile, numerous seismic standards have been elaborated that must be met worldwide. Most of them are based on fundamental approaches for earthquake-proof design. They differ in technical requirements and specifications in terms of geological conditions, regional building techniques and historical aspects.

This is the reason why different solutions and systems have been developed to protect buildings against the impacts of earthquakes. One of these is seismic base isolation which in turn is divided into various techniques.

Seismic base isolation has been known for ages

Seismic base isolation includes specific structural elements which decouple the superstructure of a building from the substructure that stands on moving ground. This is to preserve its integrity during an earthquake [2].

Historically, base isolation has existed since 550 B.C. When building the Tomb of Cyrus the Great in Pasargadae (Iran), two foundations were used to support the structure: 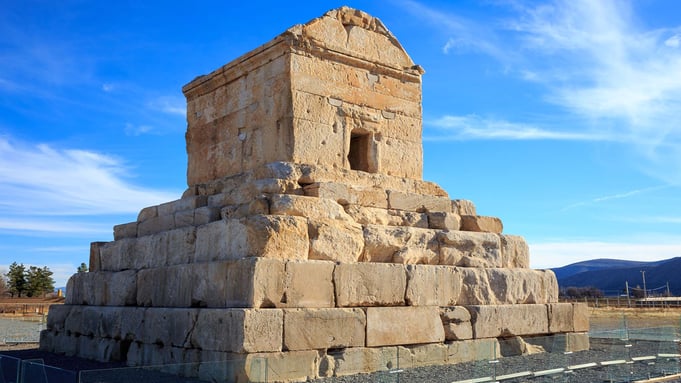 The lead-rubber bearing, invented by Dr. Robinson in New Zealand in 1974, is a modern example of base isolation [3]. It consists of alternately arranged layers of rubber and steel elements and a core made from lead.

The rubber acts like a spring that remains soft during vertical load and, by virtue of its low stiffness, can move sideways. In the axial direction, however, the rubber is designed very stiff, so that it, supported by the steel elements, can absorb high forces. The lead core also absorbs energy caused by deformation, and acts as a damping element. 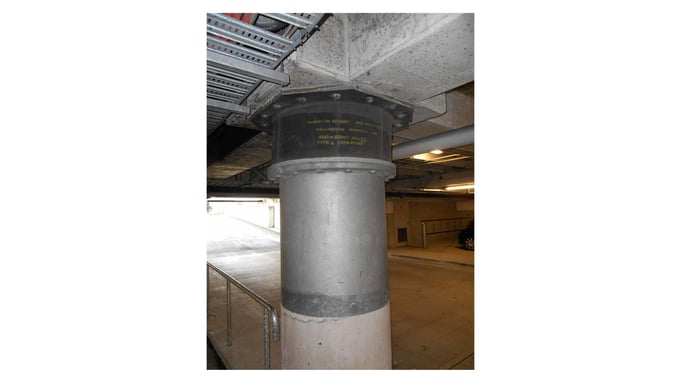 The flanges arranged at both ends allow the integration of the lead-rubber bearing into existing structures. Hence, these bearings are suitable for new constructions as well as retrofits.

Friction pendulum bearings are based on the pendulum principle: while allowing for horizontal displacement of the supported structure, seismic energy is dissipated through friction between the moving parts. After the earthquake, the concave sliding face of the base causes the structure to return by gravity to its original position.

In combination with additional horizontal force bearings or dampers, friction pendulums act as bearings that transmit vertical forces and absorb displacements and rotations. They are ideal for use in new construction, but also for improving the stiffness and resistance capability against seismic forces in existing structures.

Another possibility to protect buildings and structures is to isolate them from the ground by using air cushions. In earthquake-ridden Japan, for example, single-family houses are protected by a kind of airbag.

A sensor installed in the house continuously measures tremors, and if a certain intensity level is exceeded, a compressor pumps air under the base plate. Within seconds, an air cushion inflates which lifts the house by up to three centimeters and thus effectively absorbs seismic shocks.

Base isolation can effectively protect buildings

As you can see, seismic base isolation has been known for a long time and is still used today to effectively mitigate the devastating impacts of earthquakes on buildings. In combination with a vibration damping system, it is one of the most high-performing means of modern earthquake technology.

Feed your curiosity: The next part of our article series about earthquake protection describes vibration damping systems in more detail

Though large earthquakes do not occur frequently, they constitute one of the most devastating and destructive dangers for the built environment. The fact that an ever-growing percentage of the world population is projected to live in urban areas highlights the need for mitigating the risks in earthquake-prone areas. What are the impacts of earthquakes on buildings? And why is earthquake-resistant construction more important than ever?

Primarily, horizontal load causes walls, floors, columns, beams, and the elements connecting them to vibrate, and finally leads to the collapse of buildings. Below we present 4 methods that protect building structures during severe earthquakes.