4 Methods to Protect Buildings During Earthquakes

Primarily, horizontal load causes walls, floors, columns, beams, and the elements connecting them to vibrate, and finally leads to the collapse of buildings. Below we present 4 methods that protect building structures during severe earthquakes.

1. Additional reinforcement of the building structure

Earthquake-proof buildings generally consist of shear walls, cross braces, diaphragms and moment-resisting frames. These components all serve to redistribute forces. For example, shear walls that are composed of several panels help buildings in motion keep their shape. Cross braces absorb compression and tensile forces by pushing back the forces to the foundation.

Diaphragms are a core structural component and comprise floors, ceilings and the roof. Their purpose is to take tensions out of the ground and to transmit the forces to the vertical building structures.

Moment-resistant frames are installed in between the connectors of the columns and beams of a building, which allows them to bend while the joints remain rigid. Buildings are thus able to withstand the forces of an earthquake. Another advantage is that these components give designers more freedom in the configuration of the building elements.

To enable the building foundation to withstand ground forces generated by earthquakes, it should be decoupled from the ground. A common procedure is to isolate the base and mount the building on flexible pads made from rubber, lead, or steel. When the foundation moves, these isolating elements perform compensating counter-movements, thus ensuring that the building will keep its position. In this way, seismic waves are absorbed and prevented from traveling into the building.

Contrary to the concept of counteracting forces, research is being conducted on how to redirect the energy generated by earthquakes. An innovative approach is the so-called ‘seismic invisibility cloak’, a cloak consisting of 100 concentric plastic or concrete rings buried at least one meter below the foundation of the building. When seismic waves enter these rings, they, for ease of propagation, must pass the outer rings first, and this will divert the forces from the building into the ground.

By partially absorbing the induced energy, shock dampers can reduce the intensity of shock waves. This helps buildings vibrate slower. The following two types of damping are used:

Vibration damper: A damper is mounted between the columns and beams at each building level. This damper consists of a cylinder that incorporates a RINGFEDER® friction spring (alternatively silicone oil) and a piston crown. If an earthquake occurs, the building transmits the vibration energy to the piston which is pressed against the spring (or the oil). In such a way, energy is converted into heat while vibration forces are reduced.

Pendulum power: Skyscrapers are often equipped with a heavy counter-mass that is installed with steel ropes and a damper system at the top of the building. When the building starts swaying, the counter-mass acts like a pendulum and moves in the opposite direction, thus stabilizing the building. 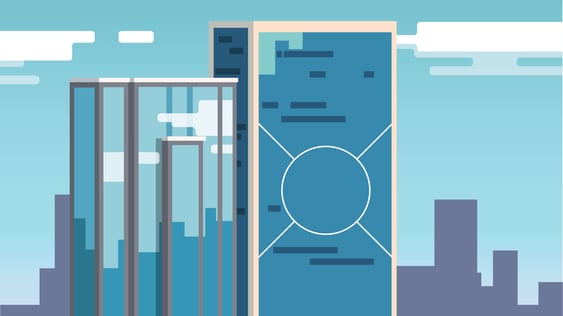 In the next part of this article series, we will provide detailed information on how to safeguard and protect buildings and infrastructure against earthquakes.

END_OF_DOCUMENT_TOKEN_TO_BE_REPLACED
Earthquake-Resistant Construction: How Base Isolation Can Protect Buildings

Unexpected earthquakes not only cause high economic losses but also claim many lives, most being due to collapsing houses and buildings. In this article you will learn how earthquake-resistant construction can provide protection against this.