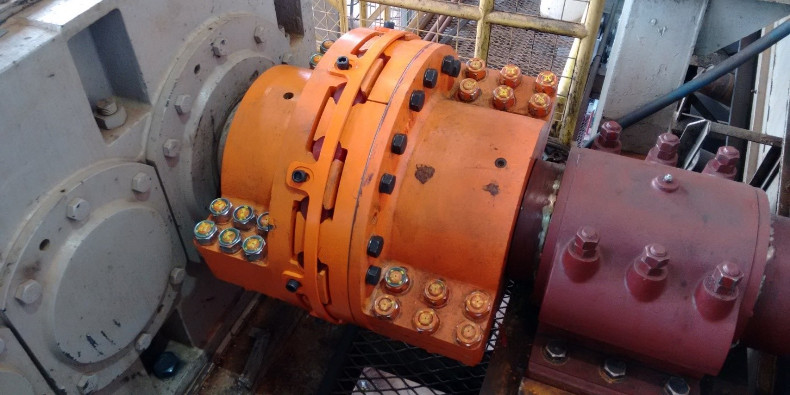 The sugarcane industry is one of the most flourishing segments of the Brazilian Economy. With a production of up to 624 million metric tonnes of sugarcane in the 2017 harvest season, the country holds the world record production for both sugar and ethanol from this raw material. A broader view reveals that more than 37 million tonnes of sugar and 27 million cubic meters of ethanol were produced to meet national and expanding global demand.

In this article we will take a closer look at an application solution of HENFEL (Brazil), part of RINGFEDER POWER TRANSMISSION, which has been developed in partnership with the maintenance engineering department of a customer in the countryside of Sao Paulo state. The solution proposed to the client resulted in the reduction of the MTTR (mean time to repair) and an increase of the MTBF (mean time between failures) of the drive systems of three important elements of equipment for the sugarcane reception, preparation and crushing stages.

Uniting top-notch technology in both agricultural and industrial fields as well as sugar and ethanol production, demands a great deal of synchronism between these areas, from harvest and delivery of the raw material to the plant up to the milling process. Therefore, an incidence such as a non-scheduled maintenance stop can disrupt the entire production chain, decreasing productivity and profitability of the company.

In a sugar and ethanol plant located in the countryside of Sao Paulo state, the maintenance engineering department of the customer carried out a predictive maintenance operation in cooperation with HENFEL: The goal was to mitigate the breaking risk of three conventional elastic couplings. Due to their constructive design, the existing couplings presented the risk of causing a non-scheduled maintenance stop of up to 36 hours, which would generate an estimated financial loss of up to 845.000 EUR.

The existing elastic couplings were installed at the drive of two feeding tables at 45º and one metallic conveyor: essential pieces of equipment for the reception, preparation and handling of sugarcane in the first crusher – all raw material processed by the plant goes through this system.

Aforementioned elastic couplings were assembled with an interference fit on the shafts of both the gearbox and the equipment. This procedure requires heating in order to obtain thermal expansion of the coupling hubs, allowing the parts to be mounted by axial sliding. This procedure often requires special tools such as inductive heaters or a burner flame (picture):

The use of an interference fit is a common method in South America for axially assembled couplings. However, this fixation method involves some "inconveniences" that should be considered.

Overtime, the exposure of the coupling to humidity (vapors, rain and liquid of the productive process) and other contaminants generates oxidation between the parts: This makes removal operations very complicated, often requiring hydraulic tools – which proves very difficult to carry out such operations in-house. Accordingly, in most cases it is necessary to remove the components including the mounted coupling hubs and send them to a workshop to have them separated.

If a coupling using this fixation method fails, the replacement time may take up to 36 hours to get the coupled components removed:

And still, during the removal process there might be the need to cut the hubs off due to mechanical blocking resulting in the risks of accidental breakage and shaft damage. 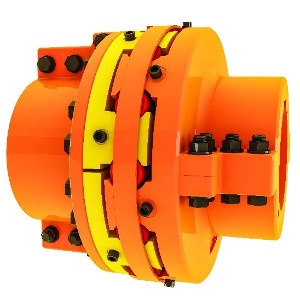 In order to improve the operational reliability and eliminate the risk of aforementioned financial loss, the customer retrofitted the drive of two feeding tables at 45º and the metallic conveyor. HENFEL recommended the use of the split elastic coupling type HDFB:

This coupling type provides torque transmission through the compression of elastic buffers which absorb shocks and vibrations generated by the system, and also compensates angular, radial and axial misalignments. Manufactured of ductile cast iron in accordance with the EN-GJS-450-10 standard, the HENFEL HDFB couplings with split hub design are very durable. Additionally, the split design allows radial assembly and disassembly.

Radially assembled resp. disassembled couplings provide many benefits to the application when it comes to maintenance operations and reliability. In the presented case a reduction of more than 20 hours of the assembling / disassembling operations was achieved. Furthermore, since there was no need to displace the drive components when using this coupling type, the original alignment between the shafts was preserved.

Last but not least, since 2015, when the first coupling was installed, no failure has occurred during the harvest period with the plant operating 24/7.

HENFEL products are only available in South America and selected markets.

How to Specify Couplings for Servo Applications

Choosing the right coupling style for a servo application can be confusing, but it doesn’t have to be. A better understanding of application requirements such as torque, stiffness, rpm values and shaft misalignment details can help narrow your selection.

END_OF_DOCUMENT_TOKEN_TO_BE_REPLACED
Why The Right Coupling Matters In Heavy-Duty Hoist Applications

Cranes and hoists are only as good as their couplings, which are essential to maintaining uptime and enhancing the safety and reliability of your operation. Without the right coupling, your crane or hoist may not function properly, causing your manufacturing process to grind to a halt. This kind of downtime is not welcome – especially where very high loads and expensive equipment are concerned.

END_OF_DOCUMENT_TOKEN_TO_BE_REPLACED

Popular Posts
What is the reason for using a coupling with limited end float?
10 Fun Facts about Engineers
Measuring Methods and Measuring Errors
Blog Topics
View all