All Couplings are not Equal: Smart Engineering Considers Both Technical and Economic Requirements 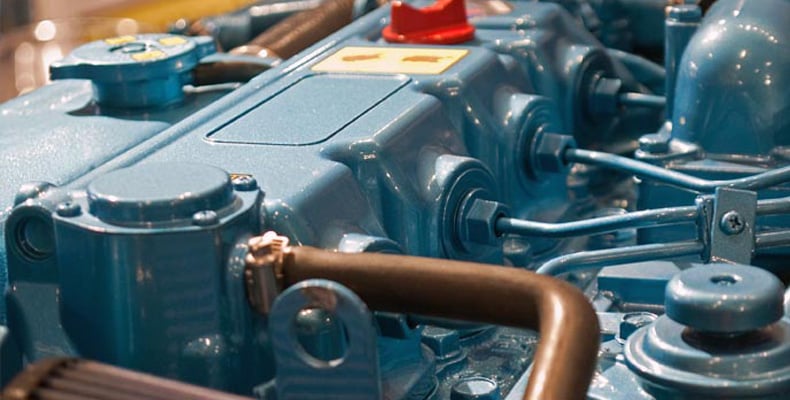 Bending stress, torque shock, natural frequency and resonance: all the machinery elements in drive systems – i.e. above all axes, shafts, bearings and couplings – must withstand such strains. The coupling plays a prominent system-influencing role which it continues to fulfill better and better due to advanced development.

When selecting a coupling, the engineer has two basic questions in mind:

In addition, the particular requirements of the application need to be considered, these are technical characteristics such as the weight of the coupling, its mass moments of inertia and the avoidance of vibrations caused by unbalance. Economic requirements also have to be taken into account, for instance, time and work effort for the installation, maintenance intensity and cost for replacement.

Rigid couplings: they transmit power, but torque peaks as well

Rigid couplings, for example disc couplings, do not compensate for misalignments and they transmit torsional vibrations undamped. They are best suited for precisely positioned shafts. Rigid couplings are often found where shaft sections are connected to long shaft lines, such as in transmission drives. Because no relative movement takes place in these couplings, they are resistant to wear. However, the stiffness of these couplings can only be varied to a lesser extent, with almost no adjustability.
In order to compensate for unavoidable shaft misalignments, universal joints are used. They are capable of compensating axial, parallel and angular misalignments. However, they are torsionally stiff and transmit torque shock loads in an undamped manner. Common types of these positive torque transmission couplings are gear couplings, steel disc couplings, universal joint or cardan joint couplings.

Flexible couplings: Power transmission with damping and compensation for misalignments

In addition to transmitting the torque between the drive and driven machine, flexible couplings, such as jaw couplings, have the function to compensate for angular, parallel and axial shaft misalignments within defined ranges. When the requirements are more complex, more attention is needed for the selection of the coupling. Shear pin and jaw couplings are able to compensate for axial misalignments and angular and parallel offset. They belong in the semi-flexible coupling category and are mainly used in drive lines with electric motors that have relatively uniform torque curves.

Drive systems with combustion engines feature non-uniform torque behavior with dynamically overlapping amplitudes. Torsionally flexible, and in particular highly flexible couplings, are able to dampen torsional vibration amplitudes and peak torques. By deliberately selecting and adapting the torsional stiffing of the coupling, the natural frequency of the driving equipment can be influenced and unavoidable resonances be moved into non-critical ranges. Therefore, when designing a torsional flexible coupling, the focus is put on both the stiffness and the damping property. One application example is the combined power and heat unit, where a torsionally flexible coupling connects a gas engine with a synchronous generator to produce electricity.

Increasing technical requirements on the coupling may also involve increasing costs because, common highly flexible couplings are expensive, and their maintenance and the replacement of the elastomer elements can employ much time and efforts. The new generations of couplings account for both requirement dimensions. Elastomer buffers arranged in series allow for the individual adjustment of the stiffness as well as for easy replacement of the buffers while the coupling is still mounted in place. This will not only reduce costs but time spent on maintenance as well.

Motor shaft couplings have to strike a delicate balance when it comes to stiffness. On the one hand, they have to be rigid enough to transmit torque efficiently. On the other, they have to be flexible enough to handle any misalignment between the motor and the drive shaft. Our latest coupling design can help you strike that balance.

END_OF_DOCUMENT_TOKEN_TO_BE_REPLACED
Stiffness and Damping: This is what Engineers have to Consider when Tuning a Coupling

END_OF_DOCUMENT_TOKEN_TO_BE_REPLACED

Popular Posts
What is the reason for using a coupling with limited end float?
10 Fun Facts about Engineers
Measuring Methods and Measuring Errors
Blog Topics
View all