What are the factors that can reduce the service life of a metal bellows coupling? 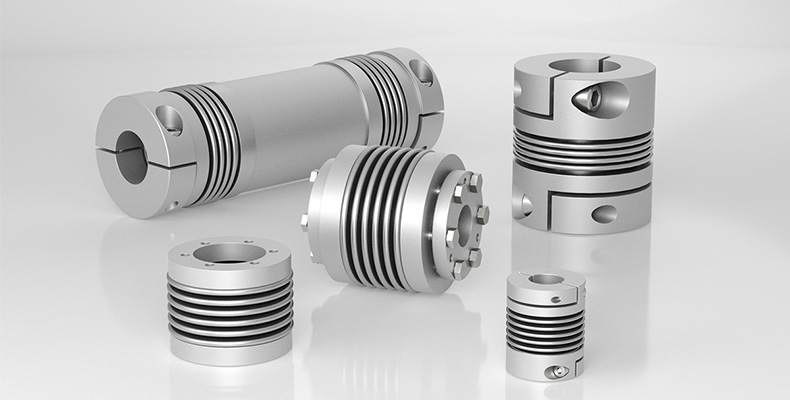 It is generally assumed – and typical applications confirm – that metal bellows couplings reliably work over the entire service life of an installation, if the coupling is correctly designed. In the future, this can no longer be taken for granted as applications are becoming more and more dynamic. Such applications require you to consider additional criteria when selecting and designing a coupling. Read here about the most important factors which have to be taken into account.

The material of steel is decisive

Additional criteria have to be considered in particular when the metal bellows (as is the usual case) are made of a stainless steel, i.e. of a so-called “austenitic” steel material. 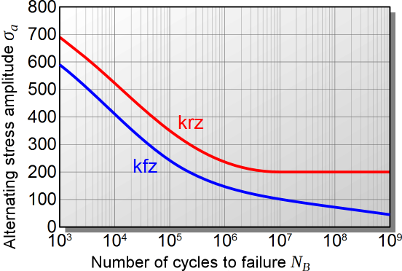 Influence of the lattice structure on the Woehler curve

This means that an increased number of peak loads on the metal bellows reduces the service life of the metal bellows coupling, for example due to torque overloads and other stresses (such as axial and lateral movements between the clamp ends). These factors increase the risk of a premature failure of the entire drive unit. 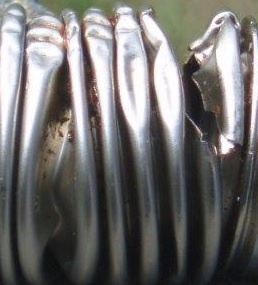 Fractured metal bellows due to overload

Use in highly dynamic applications

This notably applies when metal bellows couplings are installed to highly dynamic servo drives, for instance in table controls where fast positioning properties are expected. Such applications involve high acceleration and deceleration parameters, and since higher clock frequencies are desired simultaneously, additional cyclic stresses are generated at the metal bellows of the couplings which must be considered. The ends of the metal bellows, or their connection to the clamping hub, constitute especially highly loaded locations, and consequently critical locations:

This connection not only is subjected to the torque to be transmitted, but also to concentrated alternating bending moments which may result from inevitable alignment inaccuracies and/or unbalances.

It is not always possible to compensate for the above mentioned additional dynamic cyclic stresses and load peaks by just increasing the diameter of the metal bellows.

Though this would initially reduce the load resulting from the torque, alternating bending stresses could occur on account of the increased lateral stiffness: and these would have a similarly negative effect on the lifespan – in particular with the same alignment accuracy, higher speeds and higher unbalances due to larger masses.

In particular for metal bellows couplings, that are subjected to highly dynamic start/stop loads, it is often advantageous to provide for additional measures to damp torsional oscillations as these reduce both the load peaks and the number of unnecessary additional load cycles. It goes without saying that the torsional stiffness of the metal bellows should be preserved and that the masses should not be increased any further.

It can also be beneficial if the connection of the metal bellows to the clamping hubs is free of notch effects to the greatest extent possible. Because this will minimize the additional load resulting from the inevitably occurring lateral movements and/or angular misalignments and will increase the lifetime of the coupling.

Compared to couplings offered by competitors, RINGFEDER® GWB metal bellows couplings distinguish themselves by their optimized connection to the metal bellows which is virtually free of notch effects and simultaneously possesses minimal damping properties, and thus mitigates torque peaks in this critical location. 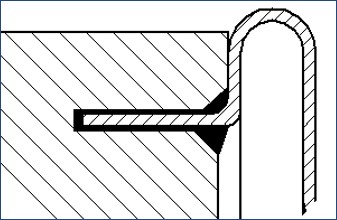 Heavy-duty shaft couplings have traditionally had a couple of defining design characteristics. For one, these couplings usually rely on keyed shaft connections. For another, they tend to be overengineered with regard to stiffness.